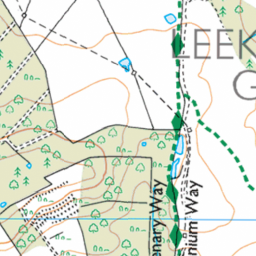 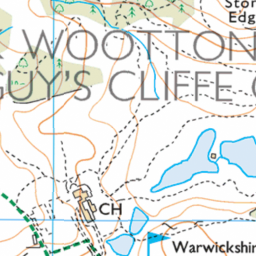 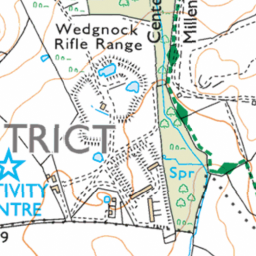 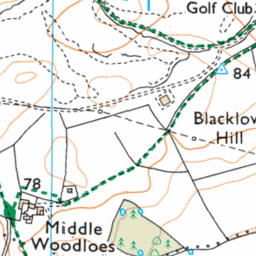 Because of both inaction and possibly illegal action on this part of the Centenary/Millenium Way it is now almost impossible to negotiate the part of this right of way immediately to the north and south of the point marked on the map.

On the 24th March, with my wife, we attempted to walk from the south east corner of the field to the south east of the point marked on the map. This was not possible to do safely because of the amount of mud on the path and because of the path’s narrowness. I understand right of ways should be at least 1 metre wide. This path is often not because of the closeness of the wire fence on one side of the path to hedgerow on the other. And the path will shortly become more difficult to traverse when the hedgerow starts growing. This problem occurs every year because the fence has been erected too close to the hedgerow.

Because of the ongoing problem it was necessary to walk on a track inside the field. This track is not a right of way but it is obvious that countless walkers have found the same problem with the right of way and have been forced to walk a few metres within the field.

On reaching the point marked on the map progress ended. This area is covered by what can be described as a quagmire. Because of work in making the fields to the north east of this area into the golf course the natural drainage was changed and now along the western perimeter the path is covered by mud in many parts. Most of this can be easily negotiated but the amount of mud in the area marked on the map is unacceptable on a country walk particularly when the weather has been dry and sunny for a number of days.

Today (26th March) we decided to go cross the field to the south east of the mark on the map by walking from the south east entrance to the field north, along a track on its eastern boundary, to a gate at the north east corner of this field. This is shown on Google Maps and FixMyStreet as a right of way. If this is the case the owner is acting illegally by preventing access to this path. This is because on entering the part of the right of way around this field we were confronted by three signs that had been placed since the previous walk.

One stated the land was private and that you should not enter as there were horses loose, there were, that may kick and bite. Also that the footpath was no longer blocked - previously a tree was blocking the footpath and I can only presume that the owner had removed it.

The second notice was similar asking that the footpath be used and that the field was private land.

This now means that the the Centenary/Millenium Way path is now virtually closed. As stated previously, as the right of way is both muddy and narrow there is now a real possibility that walkers on the path could get bitten or kicked by horses or electrocuted, which will only get more likely as the hedgerow grows. However, even if you risk the health and safety problems of this path you still have a quagmire to navigate at the point marked on the map. This is totally unacceptable and something needs to be done, bearing in mind this is not a little used track. This is the Centenary/Millenium Way, the main right of way between Warwick and Kenilworth.