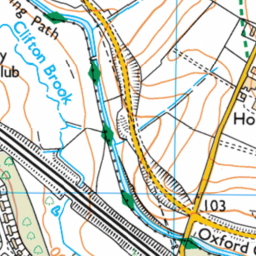 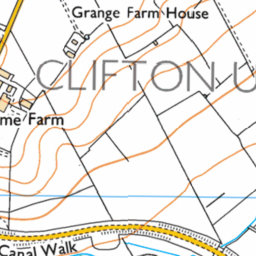 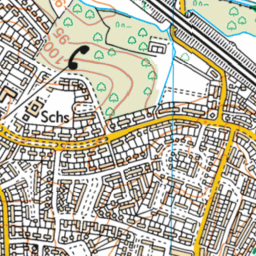 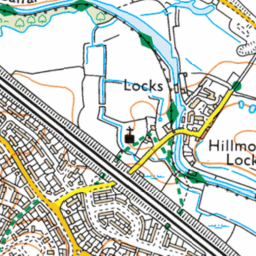 Reported in the Obstruction or hazard on road category by David Groom at 18:19, Fri 23 August 2019

Dear sir Before retiring for some years as part of my job, I did Health and Safety together with Risk Assessments. My recent efforts to correct in my opinion a seriously dangerous crossing, has resulted in my local councillor showing little interest, and my MP not even replying to my e-mail. Finally a keen cyclist and neighbour of mine had great difficulty stopping coming down the hill and nearly hitting a car. I would appreciate it if you could at least look at but preferably do a risk assessment on this crossing. Below is an example of my correspondence and my Advertiser report so far.

Dear Mr Pawsey Frustration, concern and annoyance has prompted me to write to you in the hope that you can get a serious problem corrected. I refer to the actions of planners and contractors developing the Houlton project. My concern is The Kent Clifton link road from Hillmorton. This has taken months to construct with a cross roads where nobody can turn left or right on gradients that make starting off difficult towards Clifton, and stopping dangerous especially in winter towards The Kent, the light sequence is more than just inconvenient and if you saw my article in the Advertiser a few weeks ago you would have noticed I spent time and effort mapping out the road layout ( see attachment) Shortly after this Advertiser article there was a frenzy of poring concrete and putting up barriers presumably to make it more inconvenient to put a sensible crossing in. I cannot imagine with the amount of money spent why a bridge was not put in which would have meant a overnight closure of the road , as Eddy Stobart did at the halfway crossing at Kilsby Crick. As you will see in my Advertiser article there is a high chance of an accident as this layout is, possibly resulting in a death. If it has not already been done, an independent risk assessment should be (Highways maybe) I have contacted my local councillor who does not seem to have the power to do anything. I do hope you can as Hillmorton residence use this road constantly.

A recent article in a local paper, although informative, did miss the seriousness of this crossroads and the impact it has on Hillmorton residents. "Unsuitable for long vehicles" the sign says! So, do long vehicles navigate the speed humps along Lower Hillmorton Road and use the rat run called Eastlands road? ask the residents. Does not this "Unsuitable" include trailers, caravans? Maybe the approval of our County Councillor, Mr Dahmash, would change if he was a passenger in a vehicle pulling a reasonable sized caravan, as non-local people unfamiliar with the area might. Anyone coming down the 6 degree negative hill from Clifton, if the unnecessary traffic lights are on green, is faced with a change from negative gradient to a positive one of 3.5 degrees before resuming their downward journey at 4 degrees negative, levelling off over the bridge only to be met by another 5 degree negative gradient and more unnecessary traffic lights. Not to mention the occasional every 12 months ice, snow, mud from the farm, etc. Now this situation is what you would expect on a Roller Coaster that has mechanics to keep it on the track, not so with a caravan / trailer that could come unhitched, or more likely skip the back of the towing vehicle around into oncoming traffic. The 3.5 degree angle in road surface also when coming from/to Houlton gives the effect of a banked curve, not that anyone would take advantage of this, but when a handful of motorists go the wrong side of keep left signs or jump red lights, who is to say when no-one's around and the opportunity presents itself. Speed humps on the Houlton road maybe? The residents of Hillmorton already have to put up with excessive congestion on local roads when there is trouble on the M1, M6, or A5, so why build a small town in our back yard when the many houses up for sale already in Rugby are not moving very quickly. A question to the highways department. Are we going to get traffic lights at the Moors lane Crick road bend ? Also they should consider the bridge out at Wolston. Forgive me for the small amount of humour in this article, but the whole crossing is a joke as many if not all Hillmorton residence will probably agree and has made a much used road unsuitable for some of our vehicles .